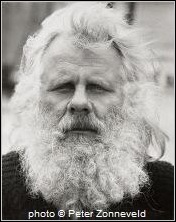 This text was taken from the Dutch website dedictated to his workÂ www.viktoriv.nlÂ and was written by Ad Petersen.

From 1961 till his death in 1986 there lived and worked in Amsterdam a very striking American personality, an artist who called himselfÂ

. He lived in primitive circumstances on an old freighter, moored in the middle of the city next to the Blue Bridge over the river Amstel. The ship became widely known since it was covered by all kinds of constructions, by flags and pennants and surrounded by overgrown rafts with again cabins and a whole menagarie of animals, varying from ducks and chickens upto colourfully dolled up cats. There were eye catching banners with texts like

Â ‘s artwork, all of it created in Amsterdam, is that of a lone wolf. The man and his art seemed too bizarre to be able to find a place in the art world of that time. Still, that’s what happened.

Museums like the Stedelijk Museum in Amsterdam, the Van Abbemuseum in Eindhoven, the Ny Carlsberg Glyptotek and
Denmark’s most important museum for Modern Art, the Louisiana Museum in HumlebÃ¦k, organised exhibitions and so did galleries inside and outside the Netherlands, like the Lefebre Gallery in New York. Here below you’ll find some of his works of art that have the universe as their subject. 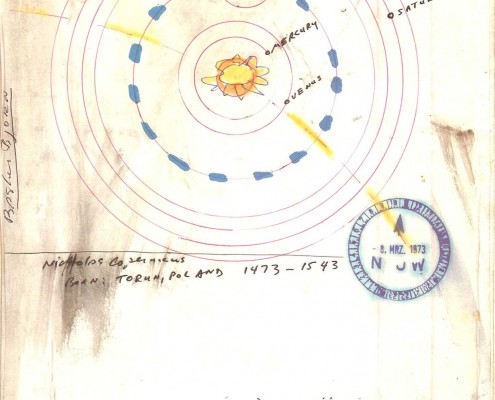 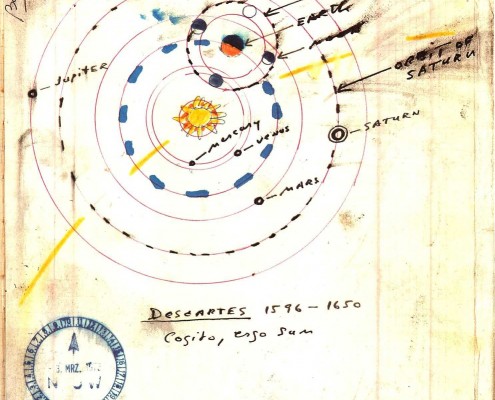 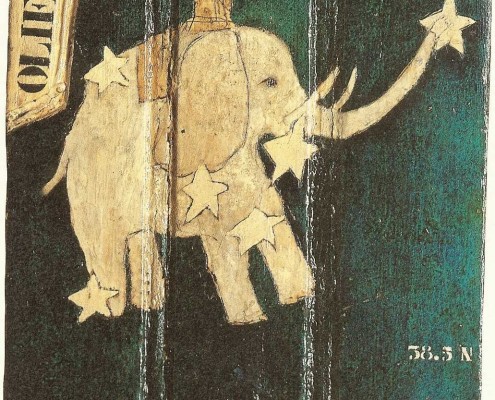 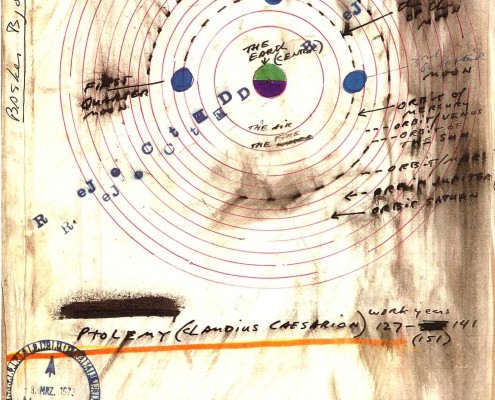 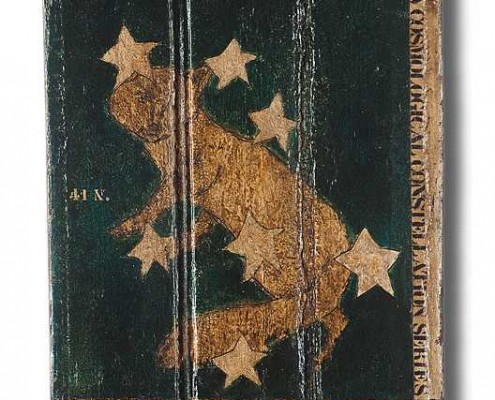 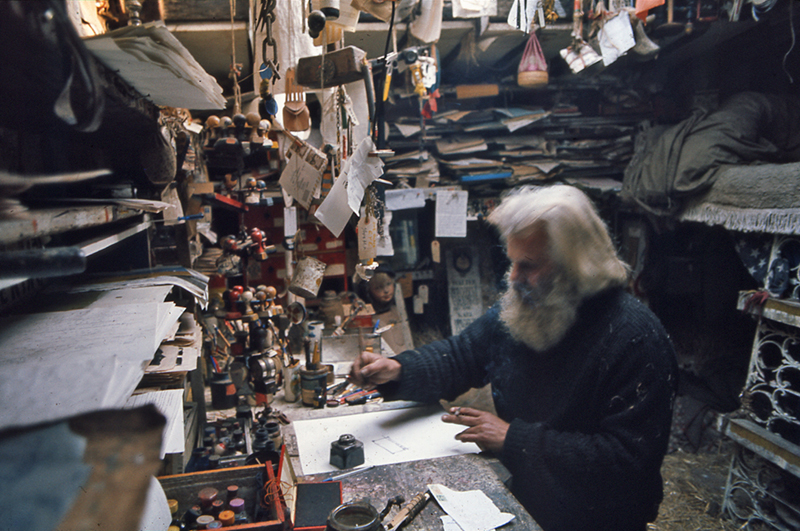