You are here: Home1 / Vanitas Panel with Saint Jerome, first half 16th century 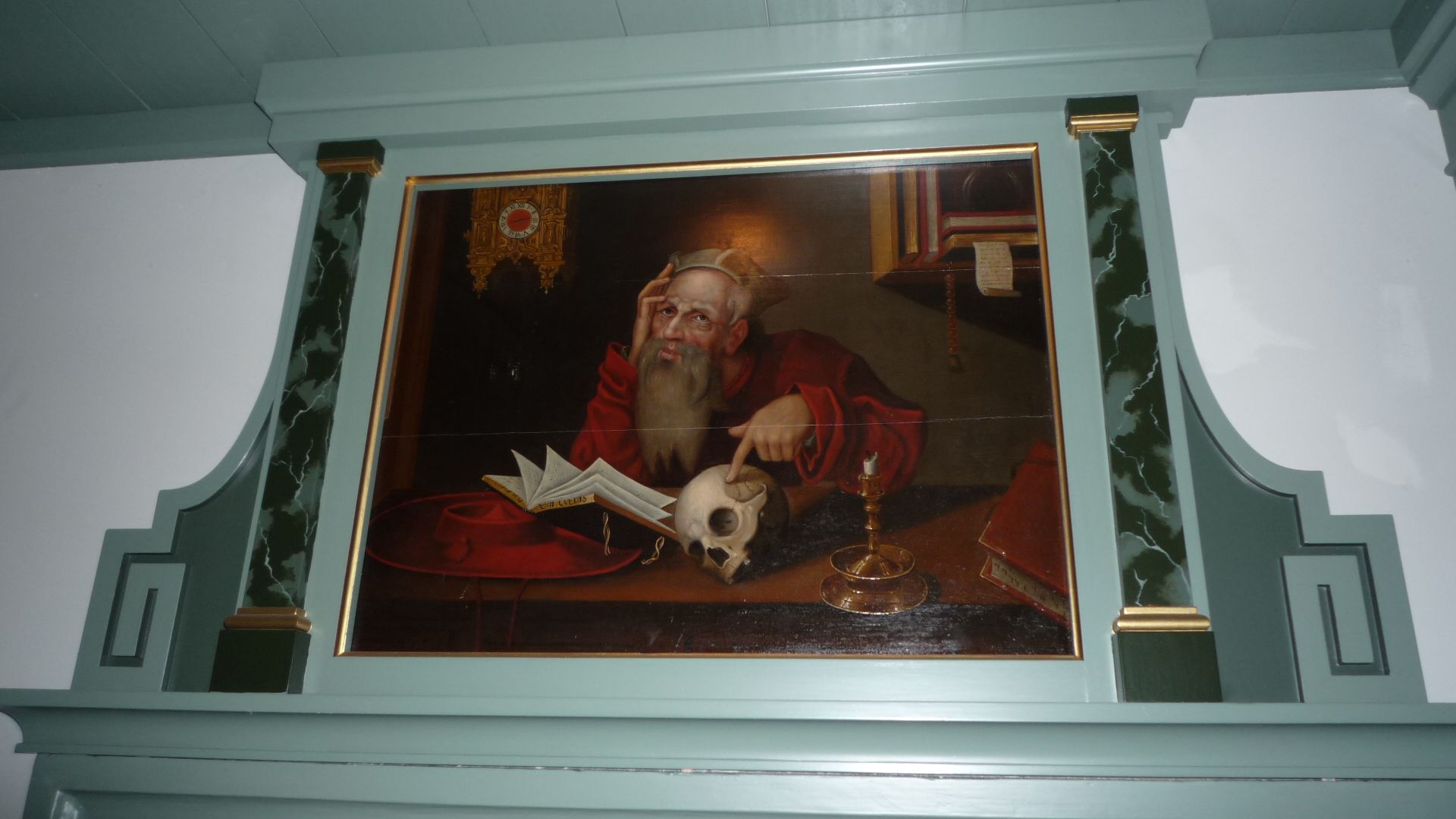 This Vanitas painting, attributed to Marinus van Reymerswaele (Reimerswaal, ca. 1490 – Goes, ca. 1546) portrays Saint Jerome, surrounded by the symbols of transitoriness. Jerome (in Greek Hieronymus = Holy Name, 347-420) was born in Stridon, on the border of Dalmatia and Pannonia, now Hungary. As a student in oratory in Rome he started to repent of his dissipated life. After extensively travelling around in the western part of the Roman empire, he left for Syria where he became a monk, settling among the other monks in the neighbourhood of Antioch. There he learned Hebrew and started to translate the biblical Hebrew and Greek texts into Latin, the spoken language of the empire’s western part. This is the famous Vulgate (lingua vulgata=the vernacular), which became the official Latin bible of the Roman Catholic church (see also the Latin Library). It also became the basis for medieval Latin. In the 15th and 16th century, when with the invention of the printing press there was a growing desire to translate the bible into the modern vernaculars, this against the wishes of the Church, Saint Jerome became an illustrious and popular example. Luther for instance defended his translation of the Bible into German by pointing out that Saint Jerome had done the same for Latin. 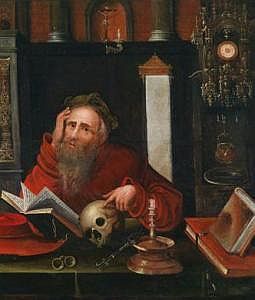 Picture of another St. Jerome by Marinus van Reijmerswaele

Marinus Van Reymerswaele came from Reimerswaal, a town on the island of South Beveland in the province of Zeeland and its third city. Between 1530 and 1555 the town became the victim of successive storm floods. This to the contentment of the neighbouring town of Goes, its competitor and sworn ennemy. Goes ordered that the stricken Reimerswalers were only allowed to do their shopping on the Goes market near closing time, when all the good stuff was already sold. After the Sea Beggars in 1573 burned down the last remains of Reimerswaal, the town was left to the sea: the Drowned Land of Reimerswaal. Marinus Van Reymerswaele witnessed at least the beginning of the end of his home town.
As a painter, he limited himself to five main subjects, Saint Jerome being one of them. Several major museums have works of Marinus Van Reymerswaele in their collections, like the Prado in Madrid, the Alte Pinakothek in Munich and the Royal Museum of the Arts in Antwerp. Karel Van Mander (1548-1606) mentions him in his famous Schilderboeck (Haarlem, 1604), The Painters Book, a biographical encyclopaedia that became for north-western Europe what Vasari’s Life of Painters became for Italy.